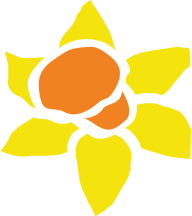 Should the Baby be Circumcised?

If you have a boy, you’ll need to decide whether to have him circumcised. Unless you are sure you’re having a girl, it’s a good idea to make a decision about circumcision ahead of time, so you don’t have to struggle with it amid the fatigue and excitement following delivery.

Circumcision has been practiced as a religious rite for thousands of years. In the United States, most boys are circumcised for religious or social reasons. At present, there is discussion over whether circumcision is advisable from a medical standpoint. There are potential medical benefits to circumcision as well as risks. A recent analysis by the American Academy of Pediatrics concluded that the medical benefits of circumcision outweigh the risks. Studies have concluded that circumcised infants have a slightly lower risk of urinary tract infections, although these are not common in boys and occur less often in circumcised boys mostly in the first year of life. Neonatal circumcision also provides some protection from penile cancer, a very rare condition.

Some research also suggests a reduced likelihood of developing sexually transmitted diseases and HIV infections in circumcised men, and possibly a reduced risk for cervical cancer in female partners of circumcised men. However, while there are potential medical benefits, these data are not sufficient to recommend routine neonatal circumcision of all boys. We recommend that the decision to circumcise is one best made by parents in consultation with their pediatrician, taking into account what is in the best interests of the child, including medical, religious, cultural, and ethnic traditions and personal beliefs.

Although the evidence also is clear that infants experience pain, there are several safe and effective ways to reduce the pain. If the baby is born prematurely, has an illness at birth, or has congenital abnormalities or blood problems, he should not be circumcised immediately. For example, if a condition called hypospadias is present, in which the infant’s urinary opening has not formed normally, your doctor will probably recommend that your baby boy not be circumcised at birth. In fact, circumcision should be performed only on stable, healthy infants.

At birth, most boys have skin that completely covers, or almost covers, the end of the penis. Circumcision removes some of this foreskin so that the tip of the penis (glans) and the opening of the urethra, through which the baby urinates, are exposed to air. Routine circumcisions are performed in the hospital within a few days of birth. When done by an experienced physician, circumcision takes only a few minutes and is rarely complicated. After consultation with you, your doctor will provide local anesthesia to reduce the pain the baby experiences during the procedure; the doctor should inform you in advance about the type of anesthesia she recommends.

Source: Adapted from Caring for Your Baby and Young Child: Birth to Age Five (Copyright © 2009 American Academy of Pediatrics) 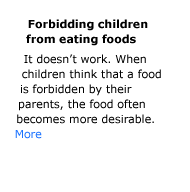